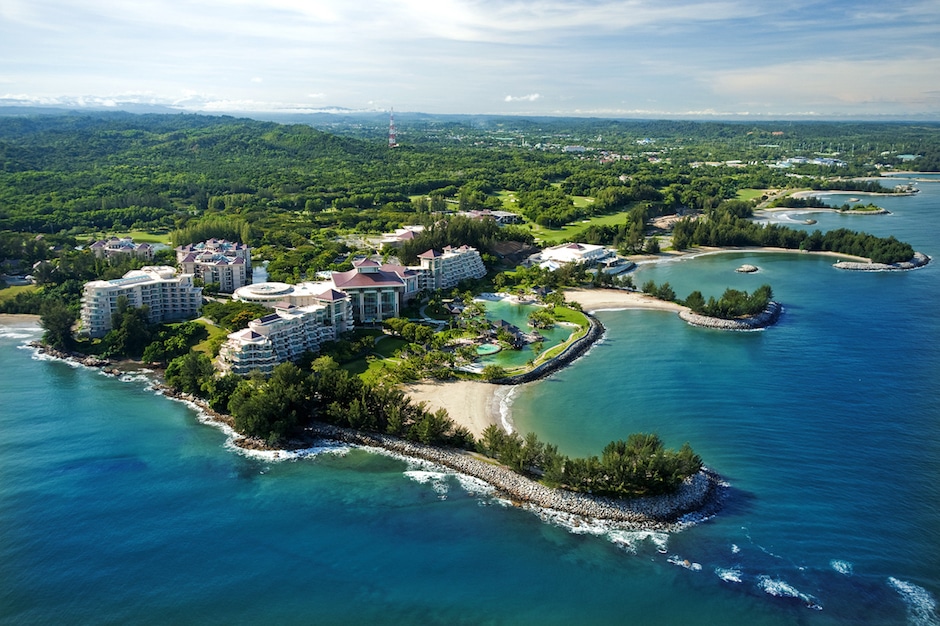 15 reasons Brunei should be the next place you visit

Have you ever heard of Brunei Darussalam? I bet that you haven’t! Well do not fret, We will share what we know about the country and make you want to visit Brunei while at that!

Brunei is a relatively young country with the first Sultan reigning from 1368 to 1402. Since then, Brunei has a history of about 600 years which is significantly lesser compared to other ASEAN countries.

Here are 15 reasons why you should visit Brunei

According to the Overseas Security Advisory Council (OSAC) in 2016, they reported that the crime rate in Brunei is low. Despite that, you should always be careful and cautious.

Safety is the first thing any logical person will want to know about a country before travelling there. Although there is less threat, you should always be prepared and know the emergency numbers in Brunei (991- Ambulance, 993 – Police, 995 – Fire Department). So, do not hesitate to visit Brunei!

Kampong Ayer is known as the water village and it is situated along the Brunei River. This is where the people built their houses and families originally before they moved to the land. The early life of the Bruneians was simple.

The majority of the men work as fishermen or carpenters while the females were ‘padians’ (the people who sell fruits and vegetables by boat to different houses in Kampong Ayer) and housewives.

When you visit Brunei, you can get a boat ride to tour around the Brunei River when you are at the Waterfront, opposite Yayasan Complex. The pricing varies depending on the boat riders but the minimum tour around that area costs about BND$10. 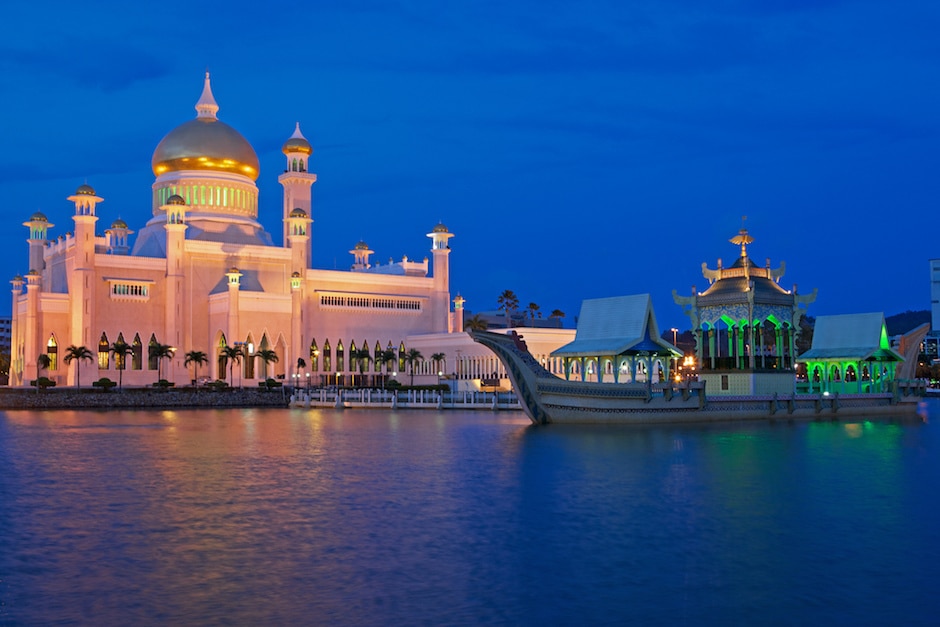 After the boat ride, you can bask under the sun and walk around that area. You will see a great white mosque standing glamorously with a recreational boat beside it.

This is one of the popular mosques in Brunei as it belonged to the late Sultan (the current Sultan’s father) which you guessed it, Sultan Omar Ali Saifuddin.

The entrance to the main foyer is free but you can’t enter beyond that. One important tip before you venture inside is that you should be courteous and dress modestly to show respect to those who are praying.

If you wish to visit the palace where His Majesty Sultan Haji Hassanal Bolkiah is currently residing in, you will have to take a taxi or bus.

You can’t go in the palace as it is not open to the public except during Hari Raya Aidilfitri. However, you will be amazed by just seeing the view from afar.

It is one of the best palaces in Brunei (there are other palaces too as each reigning Sultan built a new one) as it is very spacious and high security.

Apart from that, the palace is a beautiful sight which you should not miss and if you plan wisely you can enter the palace during Syawal. Don’t forget to drop by when you visit Brunei!

The best thing about Brunei is that everything is relatively cheap. The Brunei currency is on par with Singapore Dollars so if you are from countries such as United States, United Kingdom or France, you will benefit from the money conversion.

As a tourist, you can reap this opportunity to taste different cuisines (we have more than just one type of cuisine contrary to popular belief).

The most expensive meal you can spend for a person is BND $30 for lamb shank in the Brunei Hotel located in the city, Bandar Seri Begawan. This is one of the best reasons to visit Brunei!

Aside from cheap food, there is also no income tax. Corporation tax is inevitable. The food that you buy is not with any GST so you will save your money and time (from reclaim in the airport).

The items you purchase here are mostly cheap and fashionable. Nowadays, there are many Muslimah clothing lines popping up by young entrepreneurs so if you purchase from them you are helping them out a lot.

Those of you who wishes to visit a country that has more sun would find Brunei suitable to your needs. Despite the fact that it is very hot and humid at times, Bruneians do enjoy great weather as the rain will decrease the heat.

Air conditioning is almost everywhere even at the sundry shop! But it is advisable for you to bring a small handkerchief in case you sweat. This is to make you stay comfortable when you visit Brunei.

The official religion in Brunei is Islam. This does not mean that they forbid practices of various religions. The government allows people to practice whatever religion they please but only Muslims can preach Islam to people without faith.

Additionally, due to the fact that the majority of the population are Muslims, there is a lot of Halal food everywhere (best reason to visit brunei!). Apart from that, there are mosques and ‘surau’ if you have to pray which can be found very easily since almost every village has one surau or mosque.

Halal food not just for Malay cuisine but also for other races such as Chinese, Indian and even American are easily accessible almost everywhere.

I guess that is why Brunei has one of the largest amount of obesity in South East Asia. The popular restaurants are located usually in Bandar Seri Begawan, Gadong and Times Square. 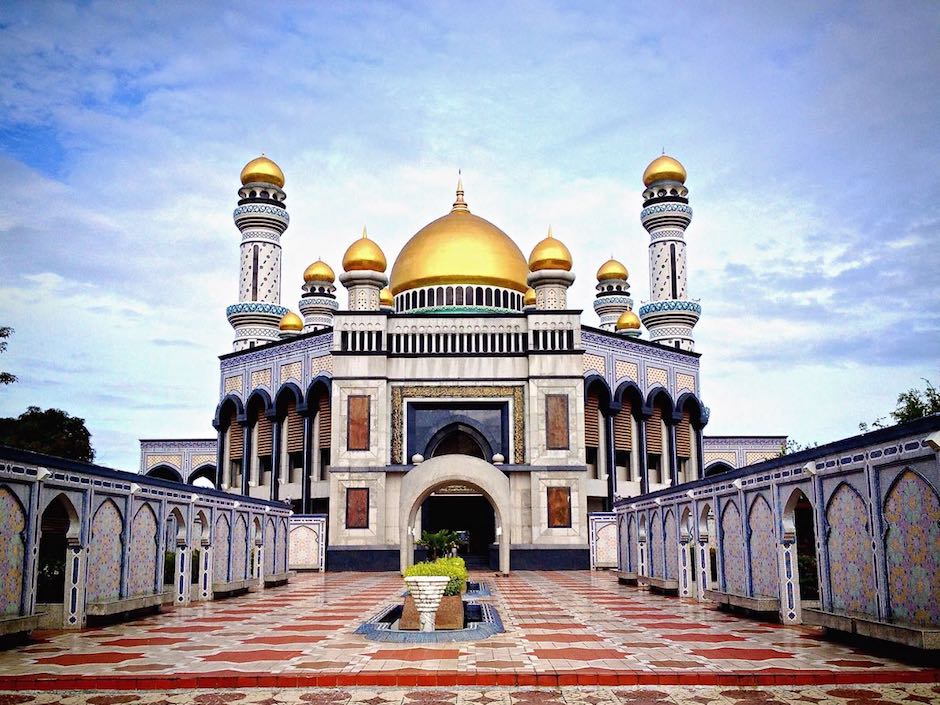 The grand mosque built in conjunction by His Majesty Sultan Haji Hassanal Bolkiah is one of the most beautiful mosques in Brunei.

It is situated opposite Kiarong and near RIPAS (the hospital). You can see the foyer or if you are a Muslim can pray there. Of course, there is segregation between the males and females.

There are many beaches in Brunei such as Jerudong Beach, Serasa Beach, Muara Beach and Berakas Recreational Beach.

You can enjoy the fresh seafood which can be bought in Jerudong Beach. For picnics and outings you may go to Berakas as it has playgrounds.

Join the tour to Kuala Belait (another district in Brunei) if you have an interest in geology! The tour to OGDC is quite cheap as well if you booked early. All you need to know when you visit Brunei is that it is about a one-and-a-half-hour drive.

Sultan Bolkiah was the fifth Sultan of Brunei. For those of you who are amateur historians or fancy history, this is a site you do not want to miss! He ruled from 1481 to 1524. It was during his reign Brunei achieved the Golden Age. 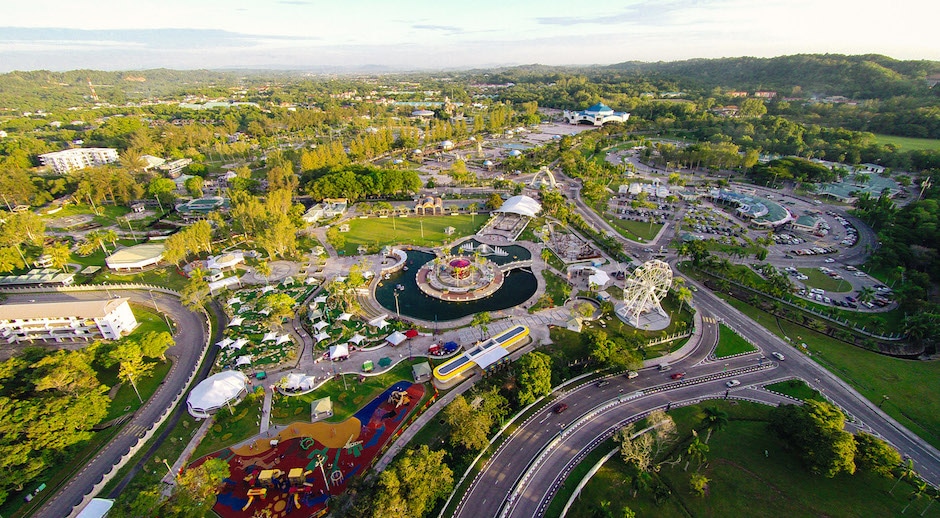 The one and only amusement park in Brunei is located in an area called Jerudong hence the name. The budget for this project was BND 1 billion and it was very popular.

Michael Jackson, Whitney Houston and a few other celebrities were there to perform for the royal family and the citizens when they visit Brunei. As of now, they revamped the park to give it a modern look and the rides are quite cheap as it costs less than BND 20 per person. 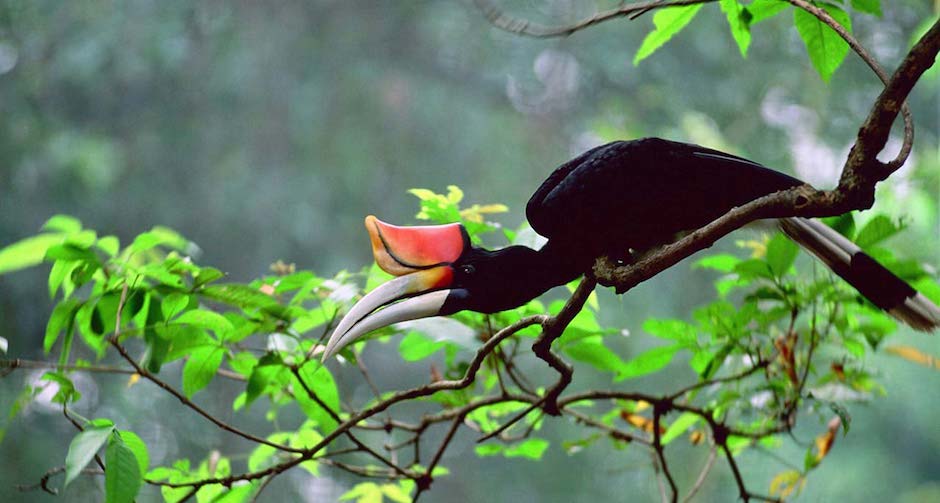 Due to the fact that Brunei government tries to preserve our ‘natural’ state, we have a lot of flora and fauna. Those of you who love identifying new species of plants will enjoy the green scenery in the Temburong District and the fresh air there.

If you have or plan to visit Brunei, we would love to hear the tips you have found along the way!