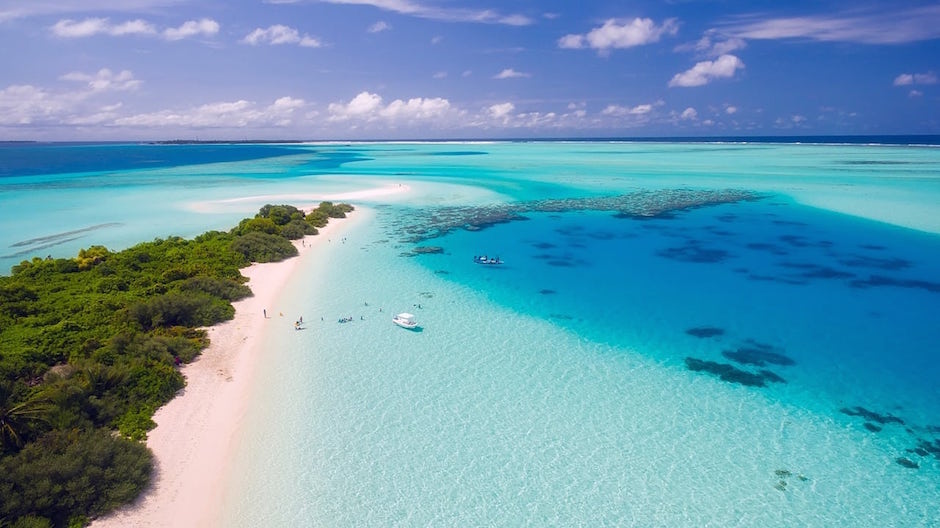 Finding Muslim friendly winter holiday destinations that are suitable for us to visit during the winter can sometimes be quite difficult; what with all of the deals that float around the internet that simply aren’t suitable for our needs. So we’ve tracked down the top ten destinations where you can go to beat the winter chill and escape the cold.

All of these destinations feature halal-only restaurants, halal-friendly hotels and numerous mosques and Islamic centers. All of which are easy to find, and accessible to travelers.

10 Top Muslim friendly winter holiday destinations that you should consider 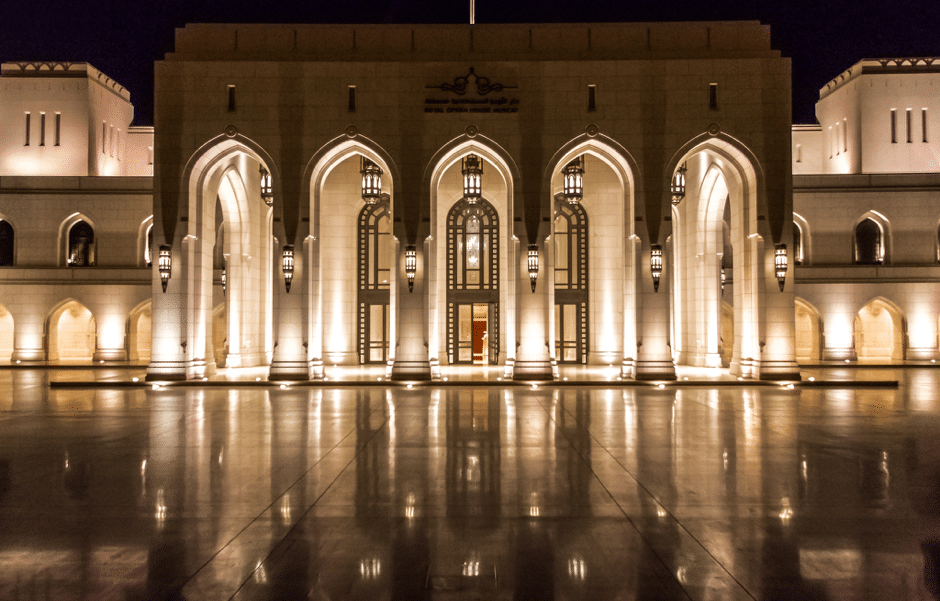 Even in the Winter months, Muscat rarely drops below 20 degrees. Muscat is beautiful, set among a backdrop of mountainous regions and deserts. It’s the home of artists, and people who recognize it as a place that almost looks otherworldly.

Its people are known for their welcoming nature, in a city that has one of the most diverse cultures in the world. In Muscat, you’ll find that every restaurant and hotel serves halal-only food.

Muscat is also home to the Sultan Qaboos Grand Mosque, known to be a gem of Islamic architecture. It also has the ability to house 20000 worshippers at once, making it one of the biggest mosques in Oman. 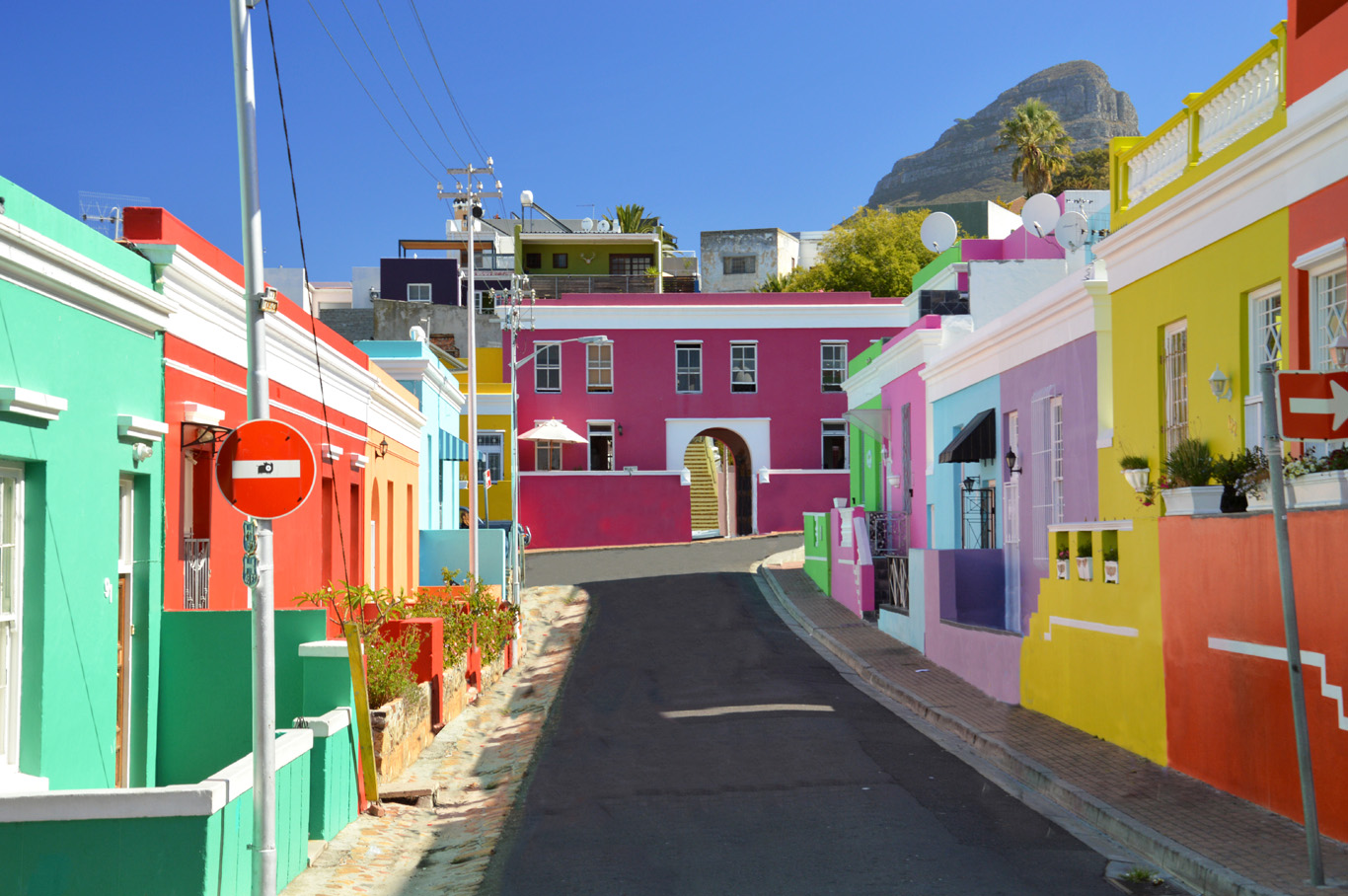 Cape Town experiences warm weather almost year round. The only cold months are June, July, and August, during the rainy season.

Bo Kaap isn’t a place most Muslim travelers are aware of. Situated in Cape Town, it’s strictly a Muslim community. The town is known for its multi-coloured streets and citizens who will just welcome you into their homes without worry.

It’s full of halal-only restaurants, and places where we can worship freely. There is also a museum in Bo-Kaap that showcases the beauty of Cape Town’s Muslim culture. 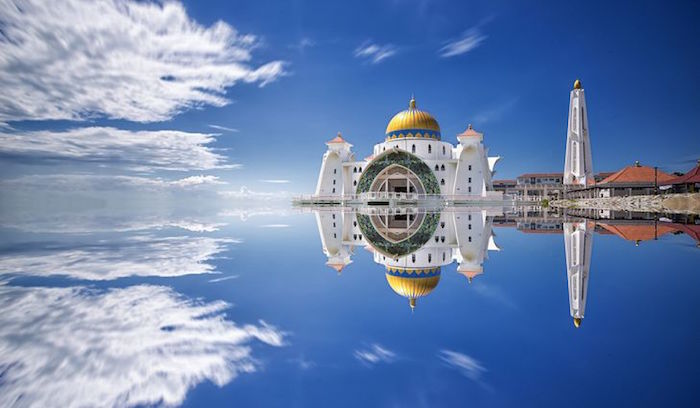 Malaysia is also one of the perfect Muslim friendly winter holiday destinations for travellers. As a recognized Muslim country, you won’t run out of options for food, places to stay, or places where you can worship freely.

The skylines of Malaysia are often featured by lead photographers in magazines, and the cities house a wonderful atmosphere for shopping. But, if you’d like to step back from the busy street life of the cities, rural Malaysia is known for its scenic treks and diverse wildlife. 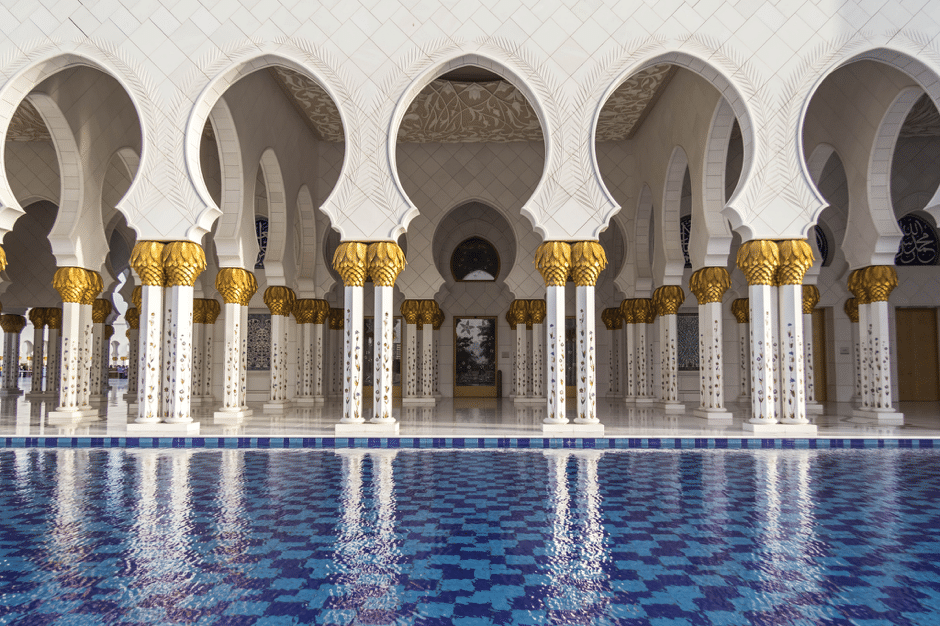 Dubai is always warm, no matter what time of year it is. Temperatures rarely drop below 30 degrees at night, and record highs of more than 50 degrees have been experienced in the city.

Dubai is a country where you can do almost anything that you can dream of. Maybe you won’t gain superpowers, but everything else is perfectly within reach. Whether you want to go sightseeing, or partake in sports, or just go on the biggest shopping trip of your lifetime.

Finding halal food in Dubai will never be a challenge, as all of the food in Dubai is halal-only. As for mosques, there are more than 200 in Dubai alone. During your trip, you should definitely visit The Grand Mosque, as it stands as a pinnacle of Islamic architecture. 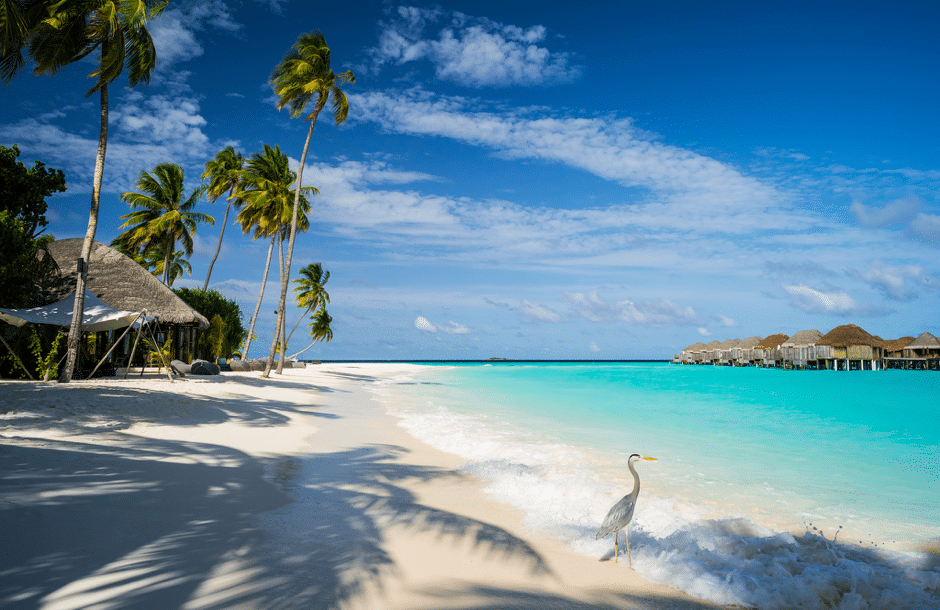 In the picturesque Maldives, temperatures rarely drop below 25 degrees, making it one of the perfect Muslim friendly winter holiday destinations.

The Maldives is said to be one of the ideal Muslim friendly winter holiday destinations for couples. Known to be an idyllic location for honeymoons, weddings, and family sunshine.

The best part about the Maldives is that there are a lot of resorts that cater directly to the needs of Muslim travelers, and while it is known for being expensive, you can find cheaper hotels by shopping around. 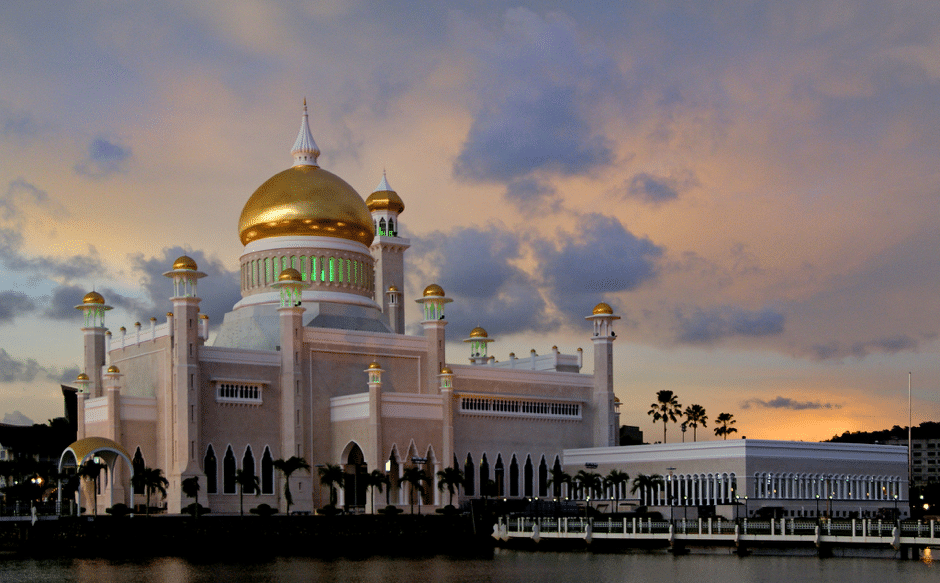 In Bandar Seri Begawan, the temperature will rarely ever drop below 26 degrees, and that’s in the colder months of the year.

As a city with a rich Islamic background, Bandar Seri Begawan has numerous Islamic attractions. These include the world famous Omar Ali Saifuddien Mosque, a must for Muslim travelers visiting Brunei.

You should also visit Kampong Ayer, a village built completely on stilts to house more than 20000 people above the river that runs through the city. 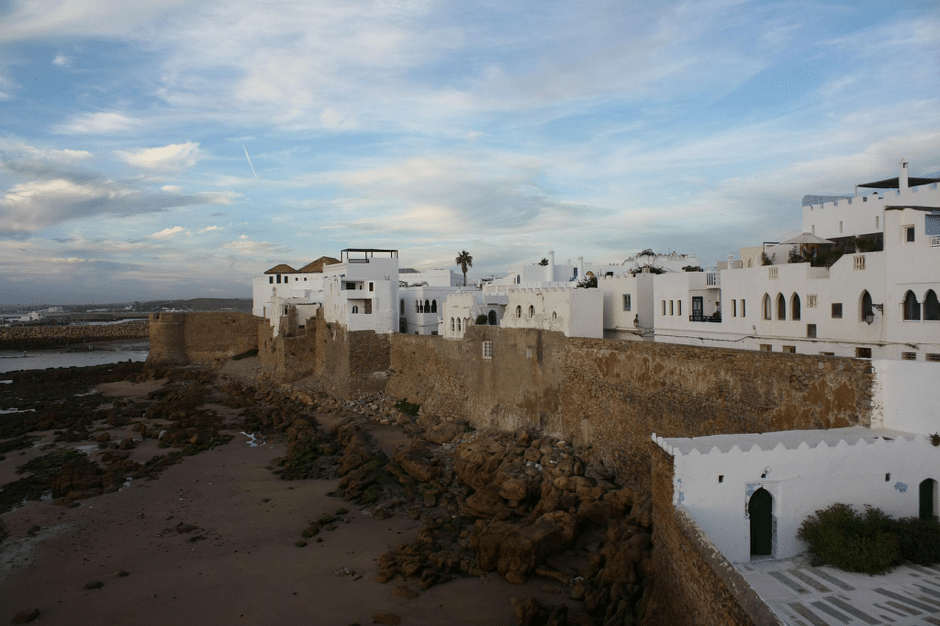 In the winter, temperatures in Medina won’t drop below 20 degrees, while in the summer they rise up to around 36 degrees.

Many Muslim travelers visit the Prophet’s Mosque while in Medina, for it offers a rich insight into our own cultural heritage. Men are also allowed to visit the actual site where the prophet was buried in Medina. 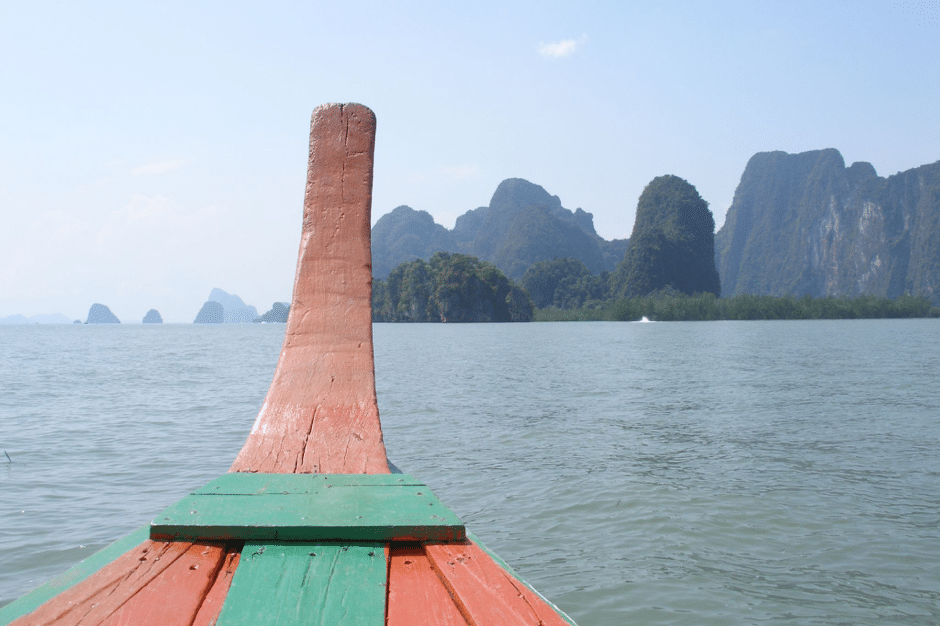 In Koh Panyi, the temperature ranges between 20 degrees and 30 degrees throughout the year.

Known to locals as the ‘Floating Muslim Village’, Koh Panyi is one of the idyllic Muslim friendly winter holiday destinations for Muslim travellers.

In Koh Panyi, you can do everything from seeing a famous island that was once featured in a James Bond movie, to touring the famous monkey caves and visiting several locations of religious importance.

Built on stilts for a close community, a mosque stands central to all of the houses that make up the community. 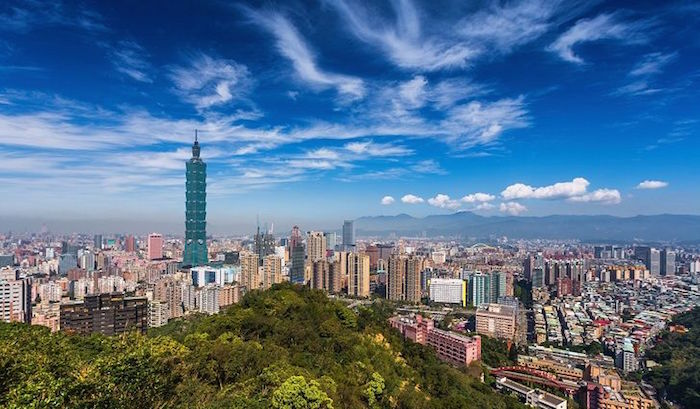 The average temperature in Taiwan is 30 degrees in the summer, and 22 degrees in the winter, making it a warm destination for the colder months of the year.

When most people think about Taiwan, they think about the use of pork in food dishes. Luckily, Taiwan is no longer like that. Since the Muslim community in Taiwan is growing larger and larger, halal-only restaurants and hotels became easier and easier for people to find.

There are also two, not just one, halal certification boards working throughout Taiwan, the CMA and THIDA. They almost act as a double check watchdog for the Muslim community of Taiwan. Taiwan offers a variety of cuisines in its famous halal-only restaurants and cafes. 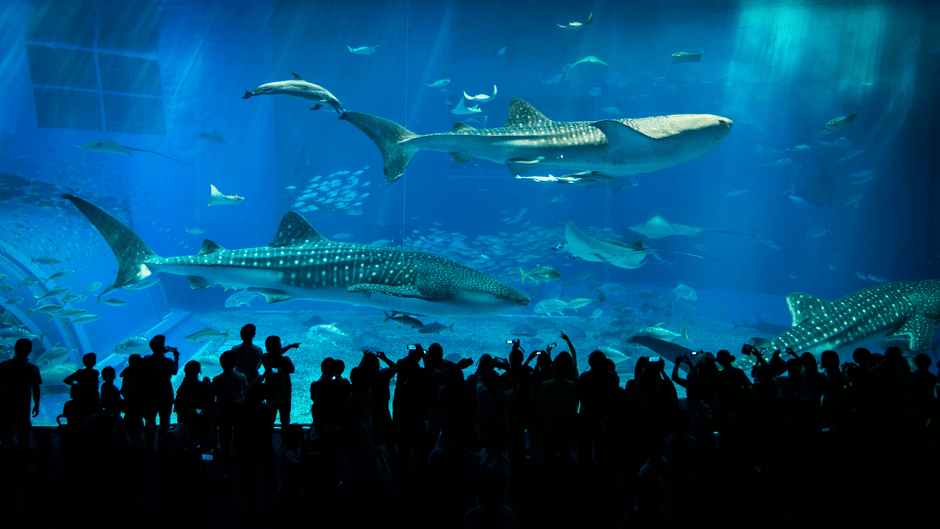 Okinawa is one of Japan’s most famous Muslim friendly winter holiday destinations, known for its tropical atmosphere near the equator.

Okinawa is becoming famous among Muslim travellers for being one of the few areas in Japan to fully cater to Muslim travellers and students. Halal food is readily available, and is served in the majority of hotels with notice.

While there is no mosque in Okinawa, there are several different prayer facilities that are easy to access. There’s a lot to do in Okinawa, as the main island boasts 9 UNESCO World Heritage sites and an aquarium that is among the largest in the world.

So, if the winter months have got you feeling blue, jet off to one of the ten Muslim friendly winter holiday destinations that we’ve mentioned above and enjoy yourself in what each of the cities has to offer. Whether it be sightseeing, shopping, or eating delicious, halal-friendly food, they have it all. 😉

Do you know any other great destinations to escape the chilly winter? Share with us in the comment section below!